The Spooky Costume is one of three Costumes from Dragonsmaw Manor. It can be crafted by Tailors who know the Spooky Pattern Book.

The Spooky Costume gives the wearer black fur or scales, striped clothes, a loosely stitched scarf with grinning teeth on it, a black hoodie with teeth stitched along the brim, and a gaping, toothy mouth on the wearer's stomach, sometimes with a brightly colored tongue sticking out. The entire costume is covered in swirling patterns and cobwebs.

Spooky Canines, Foxes, Cats and Rodents also have a mouth at the end of their tail.

It takes 90 minutes to craft a Spooky Costume. 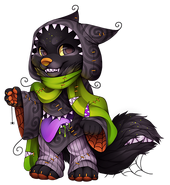 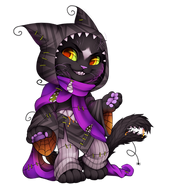 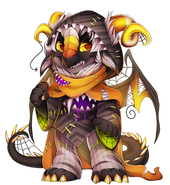 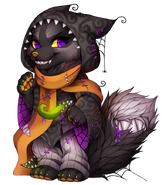 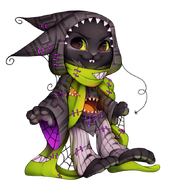 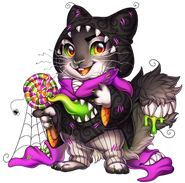 Spooky Rodent
Add a photo to this gallery 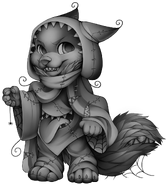 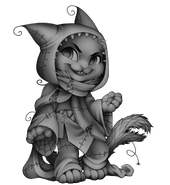 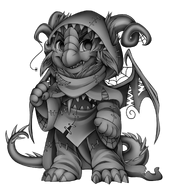 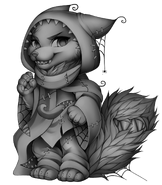 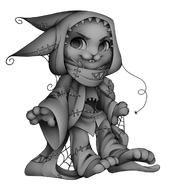 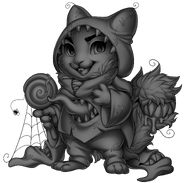 Spooky Rodent Base
Add a photo to this gallery

Retrieved from "https://furvilla.fandom.com/wiki/Spooky_Costume?oldid=28128"
Community content is available under CC-BY-SA unless otherwise noted.