The Mythic Costume is one of three Costumes from Tigereye Peak. It can be crafted by Tailors who know the Mythic Pattern Book.

The Mythic Costume changes the wearer into a mythical creature or animal god based on their species. The horse turns into a kirin, the rabbit into a jackalope, the dragon into an oriental dragon, the wolf into Fenrir, the cat into a shisa, and the fox into a kitsune.[1]

It takes 90 minutes to craft a Mythic Costume. 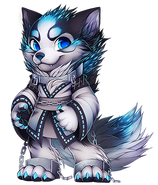 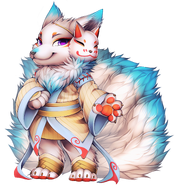 Mythic Deer
Add a photo to this gallery 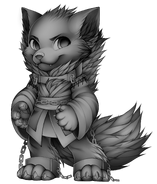 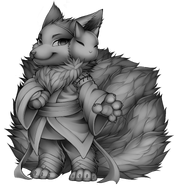 Mythic Deer Base
Add a photo to this gallery

Retrieved from "https://furvilla.fandom.com/wiki/Mythic_Costume?oldid=28129"
Community content is available under CC-BY-SA unless otherwise noted.