The Diver Costume is one of the three Costumes from Oceandome. It can be crafted by Tailors who know the Diver Pattern Book.

It gives the wearer relatively monochrome fur or scale coloration and a diving suit which is either silver or dark grey with colored accents which depend on the species of the wearer. The image of the villager is also accented with bubbles, indicating that they are underwater.

It takes 90 minutes to craft a Diver Costume. 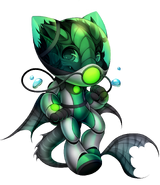 Diver Rabbit
Add a photo to this gallery 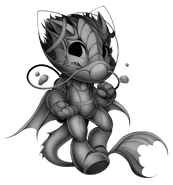 Diver Rabbit Base
Add a photo to this gallery
Retrieved from "https://furvilla.fandom.com/wiki/Diver_Costume?oldid=28120"
Community content is available under CC-BY-SA unless otherwise noted.