What's on your mind?

I've  seen people play Furvilla, and I really wanna play! I just can't seem to get a referrer ID...Any  help?

so I want to create an account but there is a problem: THE CAPTCHA THING DISSAPEARS!!!! Now I can't even get in because of that thing. PLEASE HELP???

This is the place to talk about your favorite topic, to share news, theories, ideas, and to connect with others. The content from your Forum has been converted to Discussions posts, so nothing has been lost.

To learn more about what you can do here, check out community.wikia.com/wiki/Help:Discussions

If you're an admin on this community, read more about how you can customize your Discussions and set up guidelines for contributors: community.wikia.com/wiki/Help:Admin_and_Moderator_Tools_in_Discussions

I am trying to create an account on Furvilla, but to no avail! I need someone's ID as a referrer, though I found Furvilla when googling cute cat anthros. So basically I need an ID and I heard you can get rewards for referring someone :c

Please, let me use an ID! I'm dying to play Furvilla!

Is it possible to put collapsible information on pages? For example, the Paintie page is very long since I have (almost) all the bases on there. I was hoping to format it to be much easier to use by making base groups collapsed for easy viewing.

The only example I can think of is the one used here to hide the guide using "spoiler alert"- wiki.guildwars2.com/wiki/Loreclaw_Expanse_(jumping_puzzle)

Is there a limit for the numbers of potions/patterns that alchemists, tailors can learn?

So the Animals page says with confidence that pets have a color rarity and a normal rarity, but there is nothing about their normal rarity at all. If I open any pet's own page the rarity displayed in the infobox will be the color rarity.

Also, where do you even get the info on Species Rarity in the first place? The Animals Page confidently lists four rarities but where does that info come from?

I've found that the current item box lacks a slot for description. It's not a problem for me because I can use the source code but it may be a problem for new users.

Got in touch with furvilla staff and the official names of the villages are "Dragonsmaw Manor" and "Tigereye Peak". Everything on the wiki should be updated to match!

Is it just me, or are some villages completely overpowered compared to others?

Quetzal Palace, Dragon's Maw Manor, and Oceandome have special morphing species while Tigereye and Foxbury don't. QP and DMM also are the only villages with light and dark weapons, respectively, so it's wayyy more profitable to make weapons in those villages (they sell for 3-5 times as much as the balance weapons from the other villages). Some costumes, like Aquatic, are also way more valuable than others.

I'm just frustrated because I really like Foxbury, but it feels like it's so useless compared to other villages. We have no special species, no unique weapons, and no highly desirable costumes. It's at the point where I'm seriously considering switching because it seems so unfair.

I'm curious if anyone else feels this way? Is there something I'm missing that balances this out?

I know that this board isn't active, so I'll take a chance and ask: Can anybody do some coding for a villager? Her name's Andromeda, my username is sebastian #10771. I'll pay like, 50-75fd, as that's all I have. I'll also draw some art (pixels/mspaint- my tablet doesnt have pressure sensitivity) if wanted. Message me if you have any questions or concerns, and lmk if I'm doing anything wrong(sorry if i am ;-;)...

So I created some forms to collect information on the rate that items drop from monsters. I have created forms for each village, though right now I have only two set up with the data crunching formulas.

Right now I need  some second set of eyes to double check I have everything down correctly.

hey everyone, i have basic css/bbcode knowledge, but i cant for the life of me begin to think of how i could remove the 2 gray/white lines in the villager info. i think i accidentally hid them a few days ago when messing with code, but i liked the page better with it, and now im trying to figure out how to do it for my black background villager page.

While it may be tempting to stick "the" in front of village names like "Oceandome" and "Quetzal Palace", don't- Oceandome and Quetzal Palace are names and therefore are proper nouns. Please keep this in mind while you edit, thanks. (Hell, even official shop dialogue refers to village names without "the".)

The two pages Minipets and Animals are basically duplicates; is there a reason they exist as two separate pages? 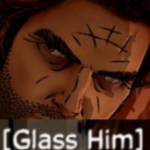 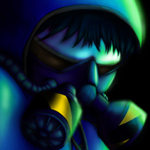 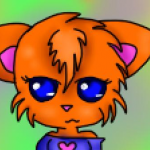 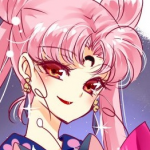 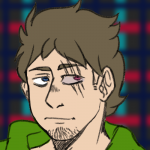 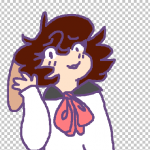